50 Years of the Wilderness Act: Balancing Restrictions with New Technologies 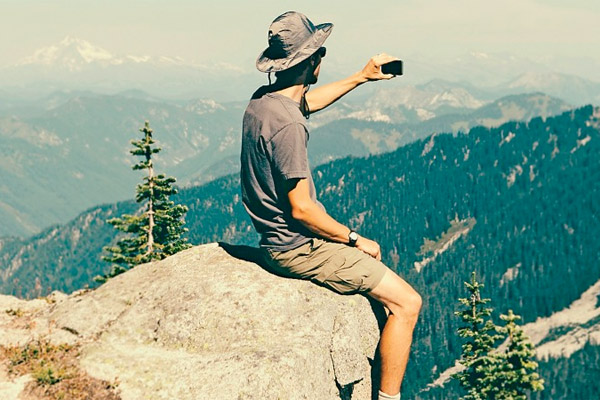 (JUNE 1, 2014) - When the Wilderness Act was passed in 1964, NASA was sending astronauts into space guided by an IBM 360 computer with 1 megabyte of memory. That's enough to hold one minute of a video on today's iPhone.

And that's a conundrum for people like Pat Tabor. His Swan Mountain Outfitters lead paying customers into the Bob Marshall Wilderness for camping and hunting trips. That's considered a "proper" commercial service under the special provisions clause of the Wilderness Act. But shooting a video of the experience with a smartphone for a movie about his company is not.

"Now with the 50th anniversary of the Wilderness Act, it calls into question the viability of what we're doing," Tabor said. "There are immense restrictions that come into play when a place is designated wilderness. The language in the Wilderness Act speaks of commercial activity to the extent necessary. That means commercial services. But what's the extent of that?"

Any debate on the value of wilderness tends to bring up its economic worth. For Tabor, it's worth a business supporting 65 employees, 150 horses and 10 llamas. In addition to the Bob Marshall trips, Swan Mountain Outfitters operates the horse ride concession in Glacier National Park. Last year, about 15,000 tourists saddled up during the 105-day season.

The Montana Wilderness Association cites economic studies claiming between $160 million and $200 million in direct and indirect dollars a year come from wilderness activity. That's part of the much larger outdoor recreation economy, estimated at $2.5 billion and 3,400 jobs in Montana alone.

"Does wilderness need an economic value to be protected?" wondered MWA program director Gabriel Furshong. "I would answer no. It's part of what makes us feel whole and human. But the fact is wilderness has considerable economic value, and we should understand and exploit that in a sustainable manner."

That raises two big questions: What is "proper" commercial activity? And how much can the wilderness take before it loses what makes it special?

Chris Ryan spent 34 of her 35 years at the U.S. Forest Service in wilderness management. She recently retired as wilderness program manager at the Region 1 headquarters in Missoula. Like a surprising number of people interviewed for this story, Ryan happened to have a paper copy of the Wilderness Act handy when she spoke on the phone.

"It states, 'Commercial services may be performed within the wilderness areas designated by this Act to the extent necessary for activities which are proper for realizing the recreational or other wilderness purposes of the areas.' " Ryan quoted. "In legislative history, when Congress was debating the Wilderness Act, that provision was added because of outfitters and guides. They were guiding trips into the backcountry since the 1800s. Outfitting and guiding were so well established in 1964, Congress wanted to make sure it wasn't prohibited."

The Forest Service has the job of deciding where the "extent necessary" line lies for most Montana wilderness. It has OK'd still photography, so photographers can shoot calendar images and postcards without a special permit. But a commercial video camera crew would need a permit, following an extensive and expensive review.

"The thing that's so difficult about this is, in 1964 Congress was thinking it didn't want people driving Chevrolets into the Rattlesnake Wilderness and filming them," Ryan said. "Congress wasn't thinking I can take my iPhone and film a great video and bring it out and publish it. Technology has grown so far beyond the intent of the Wilderness Act."

As usual in the law, a bit of wiggle-room exists. A nonprofit organization like the Public Broadcasting Service can argue its filming project is a clear benefit to wilderness and not a commercial endeavor.

"That's how 'Untrammeled' got made, and 'Three Miles an Hour,' " Ryan said, referring to two recently released documentaries featuring Missoula outfitter Smoke Elser leading dudes into the Bob Marshall. "Even though it's shown every time they do a fundraising campaign at KUFM."

"Making those calls was one of the more difficult things I worked on in that job," Ryan said of wilderness management. "Can an outfitter make a video of an elk hunt? Yes, but he can't sell that video. He can use it to advertise his trips, but he can't sell it to Duck Dynasty."

Bozeman has a pair of private think-tanks that take considerably different approaches to measuring the economic value of wilderness. The Property and Environmental Research Center pursues what it calls "free-market environmentalism." Headwaters Economics works to "improve community development and land management decisions in the West."

"Headwaters makes some assumptions about the value of wilderness, and we don't necessarily agree with all of them," said PERC director Reed Watson. "We agree wilderness may have an economic impact, prior to and after the designation by Congress. But the land was valuable beforehand, and we think Headwaters often underestimates the economic value prior to designation."

For example, Watson said the Lee Metcalf Wilderness just south of Bozeman has lots of timber that is easily accessible but no longer harvestable because of its federal protection.

"And that raises a more general point," Watson said. "This is a law that was written 50 years ago. Conditions change. Economics change. For all the nobility of that idea, to keep it out of economic production seems shortsighted. What happens if the economics change, and we really need those resources to maintain our quality of life? The act eliminates flexibility by design."

But Watson also acknowledged his PERC researchers haven't done much work quantifying the recreation economy that develops around wilderness areas. That's where Headwaters has made most of its news, developing peer-reviewed studies of county-by-county income influenced by recreational opportunities.

Headwaters spokesman Chris Mehl said one well-documented result is that throughout the West, non-metro counties with at least 10,000 acres of protected wilderness, national monument or recreation area see their residents earn on average $430 more a year in per-capita income than residents with less protected land.

"I'm also a city commissioner in Bozeman," Mehl said. "We have a lot of businesses here that are footloose, people like IT programmers who could be anywhere but they're here because they value the quality of life. They want that certainty. If you move somewhere to enjoy the landscape, you don't expect the chemical supply people to move in next to you a week later. So the trees I can see from my office are more valuable to me upright than they ever would be cut down."

Randy Newberg also calls Bozeman home. It's the base for his TV program, "On Your Own Adventures." In eight years of filming exclusively on public land, he's never been given permission to shoot an episode in a federal wilderness area. He could if he was a still photographer, but can't as a videographer.

"We're just talking about a difference in shutter speed," Newberg laughed. "I've asked why, and they just say 'That's our policy.' "

Policy differs depending on whether Newberg films on public land belonging to the Forest Service, U.S. Fish and Wildlife Service or Bureau of Land Management. The differences between agencies also appear arbitrary.

"I'm using the public resource, and I agree I should pay a fee," Newberg said. "But is it commensurate with the impact compared to other users who are paying little or no fee? I pay about $15,000 a year in permits. I could have been running 1,900 cows a month for six months, for the same price I paid per year for 10 episodes. I have no problem with public land grazing. But what has more impact: Randy and his two-man production crew for five days each hunt or six months of grazing?"

Newberg is also a certified public accountant, and he said anyone thinking about making a living based on using public lands better think closely about such issues.

"Any time you're using a public resource in your business model, you're dependent on how the public and their representatives look at using public land for commercial purposes," Newberg said. "Tomorrow some national policy could be set saying we don't want any filming on public lands. Outfitters could face groups that don't want hunting on public land. You'd better put that in your risk analysis."

Nevertheless, Newberg has no regrets about leaving tax form preparation behind. He visits public lands throughout the Rocky Mountain West, doing something he loves.

"The public lands need advocates," Newberg said. "My job first and foremost is to be an advocate. The public lands are uniquely an American idea, and so much the core of who we are as a society that values conservation. I just wish they'd make it easier to tell the story."

- Rob Chaney for the Missoulian